Gathering detailed, accurate, and useful information about pipeline conditions is a complex task. Traditionally, pipe inspections are done only through CCTV. While CCTV does have its uses, it has many drawbacks compared to more modern MSI technologies. First and foremost, CCTV can only evaluate visually. Visual assessment, while useful, does not help one determine the remaining thickness of the pipe walls, potential voids developing outside the pipe, or rebar cover in reinforced concrete pipes (RCP), for example. To gain more valuable, quantitative information, SewerVUE supplements CCTV with three MSI sensors: Sonar, LiDAR, and Pipe Penetrating Radar (PPR). 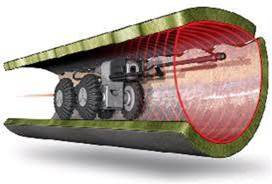 Sonar is the use of sound waves tuned to a specific frequency to “ping” the surroundings, and measure the sound waves being reflected back. The presence of water is necessary for sonar to be effective. Performing a sonar pipe inspection is a well understood, relatively uncomplicated process that gives formative results. A newer development in multi-sensor pipeline inspection is LiDAR, or Light Detection and Ranging. In the context of MSI systems, LiDAR involves projecting a ring of light onto the pipe’s interior wall. This ring of light is imaged using a specially-calibrated digital camera. Distances are derived from the resulting image using pixel counting and triangulation. One drawback of LiDAR is that the projected ring of light must be perpendicular to the pipe wall for accurate results. Through a MSI inspection combining CCTV, Sonar, and LiDAR, it is possible to achieve an accurate and informative assessment of the pipeline that’s been inspected.

However, SewerVUE Technology also utilizes one other sensor type: our Pipe Penetrating Radar, or PPR. PPR uses high-frequency electromagnetic waves similar to how sonar uses sound waves. The reflected energy of the EM waves is recorded for analysis. PPR allows one to see not just the condition and thickness of the pipe walls, but to determine rebar cover in reinforced concrete pipe, or to detect voids forming on the outside of pipes. SewerVUE’s PPR can even be deployed while the pipe is in service. 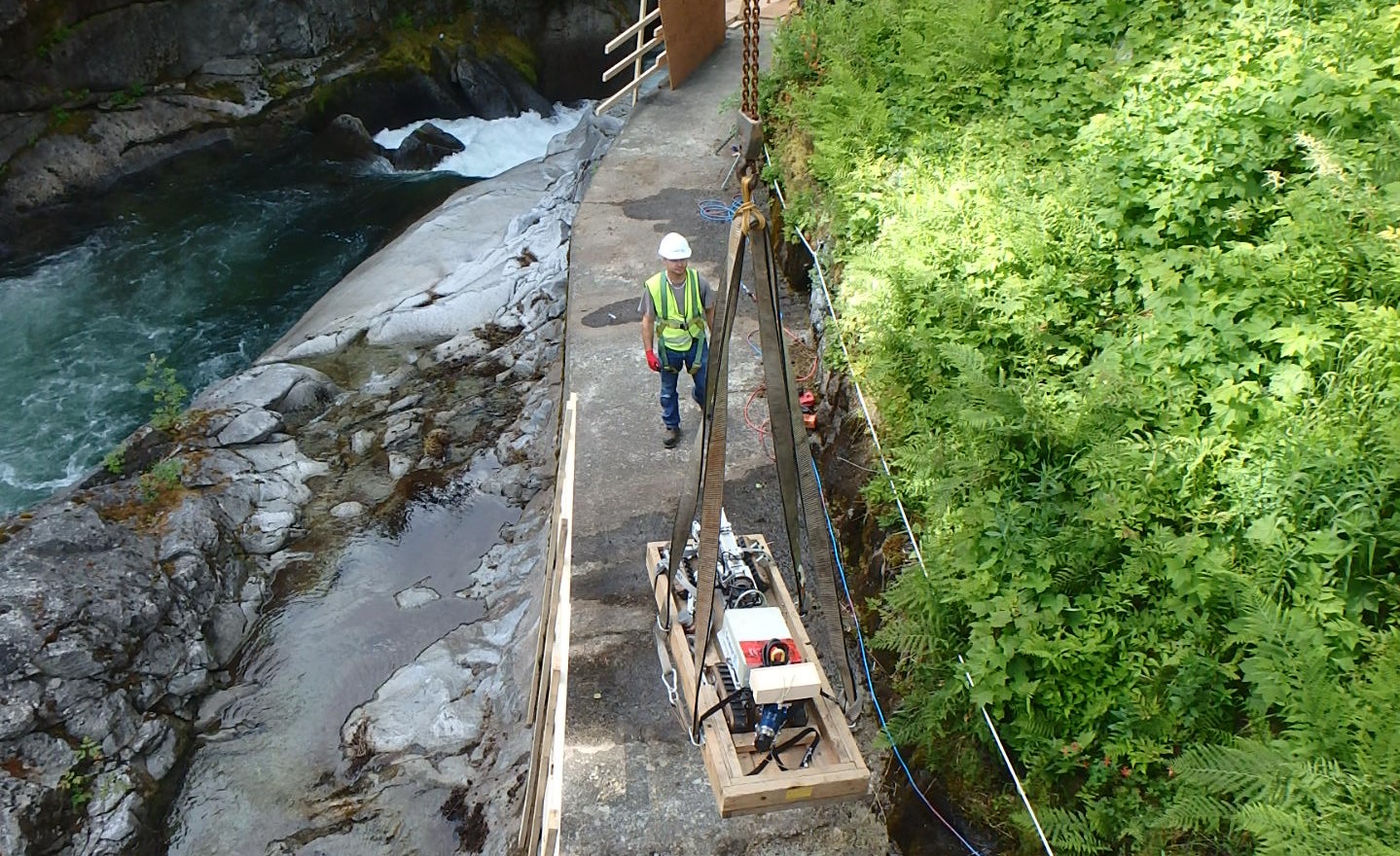 SewerVUE’s multi-sensor condition assessment technology was used to assess the Clayton Falls Penstock, located near Bella Coola, British Columbia. This was a 60 year old hydroelectric penstock that had never been inspected previously. The penstock was 560 metres long, and had sections measuring 965mm, 1200mm, and 762mm in diameter. Access to the penstock was somewhat challenging, and the full inspection required usage of 3 different access points. The SewerVUE Surveyor robot was deployed for this task.

In total, 28 defects were recorded and documented. The inspection of the penstock was finished on time, and on budget.

SewerVUE travelled to Hong Kong to inspect a 7km long sewer tunnel in Hong Kong. The tunnel, a 10-foot diameter reinforced concrete tunnel, had been in service for 15 years and had never been inspected. The objective was to assess the condition of the tunnel using a combination of CCTV and LiDAR. Though it was a long day, SewerVUE completed the inspection in a single day, on budget. The results showed only a small number of structural defects.

In large diameter pipes such as this one, CCTV is not particularly useful. However, combined with other sensor technologies, we delivered a detailed report outlining the structural and service defects in the Tolo Harbor TEES Tunnel.

Three different locations were surveyed by SewerVUE in Paris, France. The pipes surveyed across these three locations totalled 19,600 feet in length. Among the challenges faced was the 3600 feet of horseshoe-shaped 9ft. sewer in Boulogne-Billancourt. SewerVUE used a new software to deal with this unique pipe, delivering a report on sediment depth and volume, as well as a CCTV report.

The Paris project dealt with pipes ranging from 58” up to 9ft. of various shapes. Three sites in three municipalities were surveyed over the course of two weeks. Thanks to good communication and a cooperative client, SewerVUE delivered a report on time and on budget.

In late 2020, SewerVUE was commissioned by an unnamed municipality to undertake location monitoring and condition assessment of approximately 610 linear feet with an 18 inches diameter reinforced concrete pipe located on a beach. The city wanted to keep monitoring the shifts in the geometry of the pipe due to a pier constructed on the beach which was passing directly from the top of the sanitary pipe. As a result, several bends on pipe walls were noted, and the city believes that, in coming years, the sanitary pipe would contract in shape and might lead to a breakdown.

To help the city better manage its linear asset, SewerVUE proposed a multi-sensor condition assessment solution to provide geo-referenced point clouds of the pipe. SewerVUE’s MPIS float inspection technology, equipped with HD CCTV combined with LiDAR and Sonar, was used to profile the pipe, and note any irregularity in the shape of the sanitary sewer.

The most challenging part of this project was to complete the inspection concerning the tides. Therefore, SewerVUE made detailed deployment and backup plans to complete the survey during low flow with continuous measurement of the atmospheric pressure. Although many restrictions were faced by the team due to the sudden rise of tidal levels during nighttime deployment, SewerVUE was able to successfully collect data in one go in a matter of 6 hours. The project manager describes the project as follows:

"This project was a little challenging as it had to be completed before the rising tide covered the access points. SewerVUE's team did a great job collecting data and was able to complete the inspection on time. Our field crew looked forward to watching the sunrise on the beach after the project was completed."

SewerVUE Technology's MSI platforms are capable of surveying a wide variety of pipeline sizes and types. The technology is extremely versatile, and SewerVUE has experience deploying it in many different types of locations, all over the world. To learn how SewerVUE can help you, contact us today!